The places that shape our identity are often those in which we have spent time at significant points in our lives. Places that have been the location for memorable times good or bad, those that speak to us on some level of fundamental truths, or where we almost indefinably feel ‘at home’. For me Epping Forest (1)  which has been a presence throughout my life, is all of these. Like the waves of a sea it has receded at times, sometimes for years, and at others has arrived crashing into my consciousness with a welcome familiarity.

The Forest and I have always been close. I was hooked from the start on my first visit. It was like nowhere else I had been – and instinctively I reached out and grasped a small handful of leaves from the Forest floor. I was twelve weeks old. Half a century later we still have that handful of leaves carefully preserved in an old cigar tin, recorded with my age at the time. That this souvenir of an early outing was recorded and kept at all, is indicative of the role Epping Forest played in my childhood, and family life beyond. I was lucky. My father had moved to the area with his then young family immediately after World War II from a bombed out east end of London. His appreciation of the Forest, and gratitude at living somewhere where daily proximity to this sanctuary, was possible, was both palpable and lifelong. It was a wonderful inheritance. 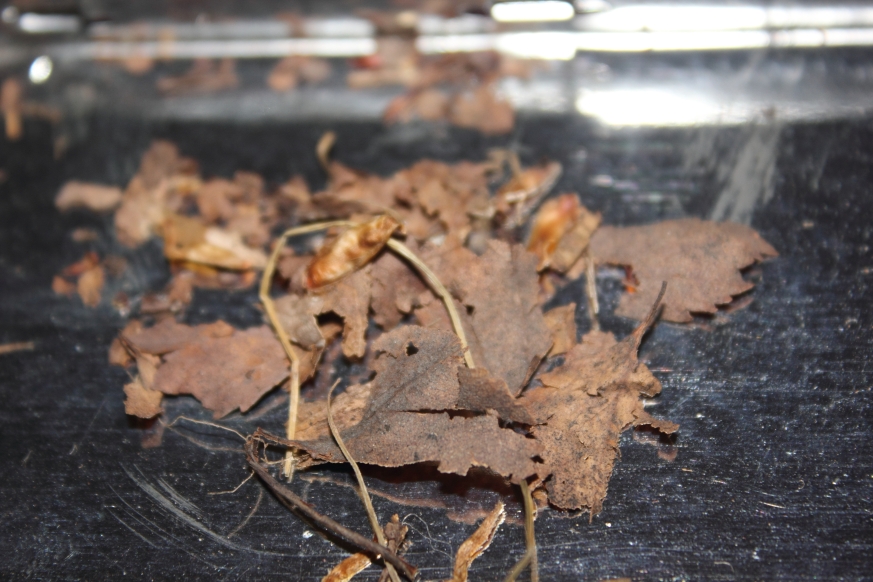 We weren’t walkers. Walking through the Forest any great distance beyond a short wander, wasn’t something we generally did. We did however visit regularly, especially in the summer. Visits were made by car for short walks and exploring, and above all just ‘being’ in the Forest. An activity that viewed from the 21st century can seem almost indulgent in its apparent lack of purpose or achievement. But that was, and still is, for me a key part of my relationship with this ancient and precious place. It allows you to be. Stand quietly, breathe and dream. The Forest is a really good listener.

Our other main Forest activity as a family was what we called ‘logging’ – collecting wood for our open fire. A ritual that already seemed strangely old-fashioned and out-of-step by the modern 1970s, not least on the outskirts of London. We were the only family I knew that didn’t have central heating and this regular reliance on the land for a necessity was far from the norm. But it was also unusual in another respect – Epping Forest is one of the few places in the UK from which byelaws permit the collection of fallen wood from ‘common land’. To this day a Conservators Byelaw (4) permits the taking of up to 12kg of ‘loose, dead or driftwood’, (but nothing else) from the forest floor, (2) though this is rarely enacted.

Years later, before I left for university on the south coast, and a life by the sea (another passion), our last action as a family was a Saturday afternoon trip to the Forest. It was a golden autumn day, with low sun and a musky smell of the slumber to come. I left. Winter closed in. Four months later my father was dead. He had wanted to be buried in the churchyard deep in the heart of the forest. This proved impossible and a cemetery in a nearby village was chosen. But on a January day, when the ice froze your bones in an embrace of death – the funeral cortege drove through the Forest. There was one last visit after all.

In the years that followed the Forest receded from my daily life. Its main supporter in our family had gone and (at the time) no-one else thought it important. I lived other lives in other cities, and for a time, another country. There were a few years here and there when I was able to spend more time in the Forest learning about its history and ecology, and walking with friends, but for the most part, it was less present.

But during recent years the Forest has resumed its place in my life. I returned to live nearby and seamlessly the land drew me back into its green embrace. I walk more than I used to. Through the seasons, if I can – a fundamental connection to the passing of time, and its inevitability. There has been exhilaration and sorrow, desperation and peace. Memories of; walks with friends, the Forest as inspiration for art, the undiminished thrill of seeing wild deer fleetingly through the trees, a picnic with a lover on a sunny afternoon, walking through trees in the muffled silence of a heavy snowfall, Summer Sunday tea and cake in a Forest churchyard, and above all embracing the hope of another spring after an endless winter. The memories of these years, and those more distant, are the emotional photographs of identity.

Almost half a century after collecting my first handful of leaves, I walked through the forest, to the Lost Pond on my birthday. I had a hard time ‘hitting fifty’. But close to one of my favourite trees I was struck by the absurdity. Worrying over a half century when this veteran had stood rooted in our land for 800 years through wars, plague, revolution (industrial and otherwise), outlaws and wanderers all. The Forest encourages perspective like nowhere else.

There is a place on the edge, high on a hill where you can stand with the Forest behind you towards a clear view of London in the distance… The threats faced by the Forest however are far from distant. While its preservation is underpinned by an Act of Parliament, its internationally significant history, wildlife and ecology, face considerable threat from nearby potential over-development and population growth. We destroy in the name of progress at our peril and I find myself fiercely protective of this place. Epping Forest has over centuries been a place of entertainment and sport, protest and refuge, of inspiration for artists and poets. For all its gifts the Forest needs our eternal vigilance and protection.

I walk through the Forest in the footsteps of my own past and a collective heritage of centuries. My roots are buried deep in this land, and I walk with gratitude.

This post is a fragment from larger writing on aspects of Epping Forest also entitled ‘A Handful of Leaves’.

1. Epping Forest is a former royal forest of 6,000 acres between north east London and Essex. It is an area of ancient woodland believed to be at least 3,000 years old and is home to more than 80% of the UK’s ancient beech trees.

2. A list of the Forest byelaws including Conservators Byelaws can be found here:
https://www.cityoflondon.gov.uk/things-to-do/green-spaces/epping-forest/visitor-information/Pages/byelaws.aspx