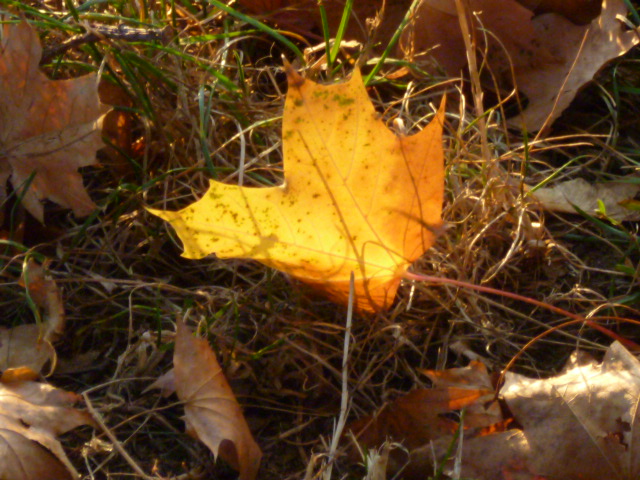 I never want Summer to leave us. For me Autumn is the falling away of the year. A signal that the end, with its dark days, reflection and reassessment, is on the horizon.

But Summer is rarely quick to go. It ebbs away imperceptibly, as Autumn, the advance ambassador for winter, arrives by stealth. Creeping in with every falling golden leaf. The inevitability of autumn is the surety that try as we might, we can’t hold onto the light-hearted longer days forever. Come what may the days will shorten and darken and the temperature will drop. The leaves will fall, and we will turn towards the end of the year, again. For all our technical supremacy and urban retreat from the constraints of seasonal dependence, nature will triumph.

The UK is both by reality and perception an increasingly urbanised country. In the first decade of the 21st century UK population growth outstripped previous decades and in spite of a substantive ‘counter urbanisation’ trend, the greatest percentage growth is in the cities1. Yet our national drift towards urban living is not either without question, or attempts to retain a direct connection with the land and its ways, and rightly so. At no time of the year is this more apparent than October – a time of celebration, festival, and ritual. This month includes; Apple Day, All Hallows Eve, October Plenty, the Winter Droving, and in some years – Harvest Festival. It is, in all senses, a time of ‘plenty’.

These celebrations offer us the promise of a connection to the rhythms and traditions of a life dependent upon the land and its seasons. A direct line to Albion. In the case of Harvest Festival and All Hallows Eve this is chronologically true. However Apple Day, October Plenty and the Winter Droving are recent developments. Apple Day was invented less than 20 years ago in Central London. October Plenty was developed in recent years by Lions Part as a celebration to encompass a number of older English harvest-time traditions, and to link in with the Apple Day at Borough Market in Southwark. The Winter Droving developed by Eden Arts is now in its sixth year and draws thousands of people annually from all over the north of England, and beyond, celebrating the centuries old tradition of droving that had largely disappeared by the advent of railways. 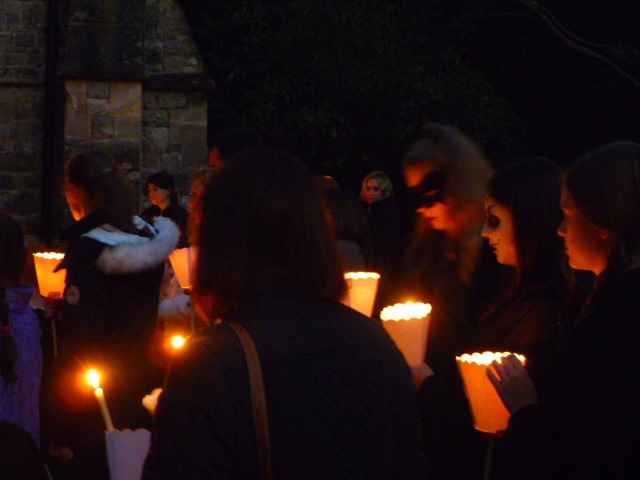 Often associated with an increasingly present American commercialism, modern Halloween is based on All Hallows Eve – a celebration which begins the three day All Hallow Tide. The time of the year dedicated to remembering the dead. Many All Hallows Eve activities have their roots in the Celtic traditions, in particular Samhain which marks the end of harvest and the beginning of the dark part of the year. Even pumpkin carving which began in America is believed to have its origins in 19th century Ireland. This is also seen as a time when the boundaries between this world and the next are particularly fluid and spirits could be more active. Contemporary All Hallows Eve (rather than ‘Halloween’) celebrations tend to be a conscious attempt (usually by churches) to reclaim the reflective and thankful aspects of this time. The celebration I have attended during the last few years, deep in the heart of a forest, often includes; a lantern procession, lit carved pumpkins (Jack-O-Lanterns), apple bobbing, and an outdoor barbeque (yes, in late October!).

I have also recently been invited to an ‘All Souls Service’ in early November which includes the name of one of my relatives in the list of those deceased souls who are to be remembered at this time. From their origins in the US over 30 years ago to their popularity in the UK in the last five years – the Light Up a Life ceremonies led by the hospice movement, are another way we remember those we have lost as we enter the dark, and reflective time of year. A contemporary All Souls Service (with added fundraising).

Harvest festival to give thanks for the gathering of food has its roots in paganism, though the traditions of collecting and decorating churches with food date from the 19th century. Like generations of schoolchildren I remember taking a tin to school for the harvest festival collection. Even as long ago as the 1970s the fruit of the land was most conveniently manifested as ‘canned goods’. I’m not even sure I knew where all those tins went, though now across the country local food banks are the recipients. In spite of its pagan associations, and our growing urbanism, ‘Harvest’ is still celebrated in most schools and churches. Sometimes the traditions are interwoven with celebrations of other cultural heritages, such as the annual ‘Pearly Kings and Queens Harvest Festival’ service held at St Martin in the Fields2.

The Apple Day movement is a national heritage success story. In the first 10 years alone the number of events grew to 600, and a quarter of a century on from the start, there are few communities – rural, suburban or urban, without one. A key aspect of these events is to encourage the growth of heritage varieties (which can date back as far as the eighteenth century), in or close to, their place of origin. Other apple related activities include variety identification and sales, and juice/cider pressing, as well as music, food and drink and community activities. Numbers can be significant – a recent Apple Day at Copped Hall in Essex was so busy that the gates to the grounds had to be temporarily closed at lunchtime. Lions Part produces an annual October Plenty festival at Bankside in London which in addition to its ties with Borough Market’s Apple Day, also includes music, procession and a play. Like their better known Twelfth Night celebrations, this attracts tourists, Londoners and locals alike3.

Once of the best examples of both a contemporary take on tradition – and current impact – is the Winter Droving. An annual celebration of the tradition of herding animals over long distances to market, developed by Eden Arts, The Winter Droving takes place in Penrith, on a single day with a market, street performers, bands and rural games culminating in a masked torch-lit procession4. Now in its sixth year an economic impact report in 2016 estimated that the 2015 Droving created almost an additional £1 million for the local economy5.

From the mid 20th century onwards England (not so much Scotland of Wales as it turns out), has to an extent been a country in search of an identity. Our contemporary connections with seasonal ritual can be seen as a manifestation of the search for both identity, and the holy grail of contemporary life – authenticity. But they are also positive attempts to ensure that a rich, and largely English, heritage is not completely diluted and ‘urbanised’ away forever. Indeed Common Ground who created Apple Day in 1990, are clear that “The aspiration was to create a calendar custom, an autumn holiday. From the start, Apple Day was intended to be both a celebration and a demonstration of the variety we are in danger of losing, not simply in apples, but in the richness and diversity of landscape, ecology and culture too”.

Our current embrace of autumn celebrations, whether old or new, is a (largely unacknowledged) dialogue within an on-going, and necessary, national ‘conversation’ about identity. That these events also have an economic dimension, whether fundraising for a local church or hospice, or raising the profile of, and consumer spending in, a region – only serves to underpin the view that they can have a contemporary – and practical – relevance. Above all it is difficult to embrace and articulate a current and future identity, without an understanding and appreciation, of the rich cultural heritage on which that identity stands.

Like the Summer that leaves us so quietly and without fanfare, our intangible cultural heritage can, if we let it, all too easily ebb away, until suddenly, one day the landscape is very dark indeed.

All images, unless otherwise stated, © A-Sense-of-Place.  Images from the Winter Droving are included with the kind permission of Eden Arts.